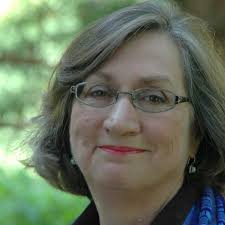 Kathy Ellis is a retired Unitarian Universalist minister; she received her MDiv from Meadville Lombard, the Unitarian Universalist seminary in Chicago. She took classes at Wesley Theological Seminary, a Methodist seminary in Washington, D.C. Before entering the ministry, Kathy worked as a Counseling Psychologist in private practice in Carlisle.
Kathy is married to Rick Heckman. They have one adult daughter and are pleased that she and her husband live nearby. Kathy and Rick live in Hickorytown with two dogs and two quite elderly cats inside and abundant wildlife in the backyard. 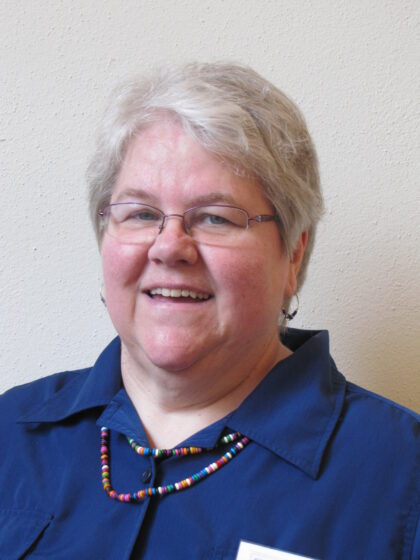 Dot has been a UUCV member since 2005. She was raised as a United Methodist in York, PA and experienced a call to pastoral ministry at age 16, when there were few women role models. Luckily, her own (male) pastor validated her call.
Dot graduated from Lycoming College with a religion major and a certificate in Elementary Education. She earned her Master of Divinity degree at Boston University School of Theology, where she was radicalized in classes and through the writings of Mary Daly, Carter Heyward, Nelle Morton and other feminists.
Ordained by the United Methodists of the Central PA Conference, she pastored a two-church charge in the small town of Kroxville in Tioga County in the late 1970’s. She met her life partner there and began to identify as a lesbian, initially very closeted but gradually emerging from “the closet” as liberation theology and the civil rights movements changed our culture.
For more than 37 years, Dot enjoyed life with Kay, who had been a single mother to four children. They added spouses and 9 grandchildren and 6 great-grandchildren to the extended family, the most recent in December.
Dot’s pastoral career never really ended though her full-time work shifted to a 20- year career in public human services in Tioga County,.  While working, she earned a Master of Social Work degree from Temple University and a Post Master’s Certificate in Public Administration from Marywood University.
Along this path, Dot often found herself in teaching roles. She was an adjunct faculty member at the north campus of Williamsport Area Community College (Pennsylvania College of Technology). She also provided training as an independent contractor to child welfare workers, supervisors and administrators in PA, OH, WI, MN and IN.
After “retiring,” Dot was blessed to care for Kay at home until she passed from dementia. Kay passed in 2014, with her cremains buried in the UUCV Memorial Garden,  along with those of their beloved Shih Tzu, Lizzie.
Now, Dot works part-time as a chaplain for Hospice for All Seasons, serving terminally ill patients and their families. While not able to be legally married, Dot considers herself Kay’s widow and credits caring for Kay as the path that led her to hospice chaplaincy.
Dot has been a Worship Associate at UUCV almost since joining, has been active as a Small Group Ministry member and facilitator. She currently serves as the SGM Program Coordinator.
One of Dot’s passions is the spiritual practice of SoulCollage. As a facilitator of this trademarked, creative process, Dot offers a twice-monthly open, free group via Zoom. Her ever-growing deck includes close to 500 cards.
As we move through this current transition at UUCV, Dot is honored to serve as a part of the pastoral care team. Who said anything about “retirement?”
Dot lives in Lemoyne with her rescued black cat, Bella. She continues her minimalist quest to right-size her possessions to fit into a small apartment, where she loves to cook and practice mostly container gardening. (Have any perennials to share?) 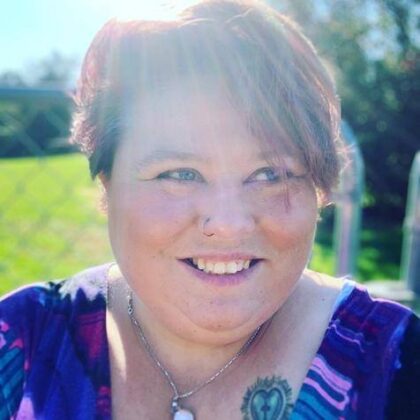 Originally from Cincinnati, but transplanted to the east coast via NYC, Rev. Chris Kapp was seminary educated at the College for Officer Training just outside New York City. She was ordained in June 2002, and served for 11 years as a full time minister and commissioned officer in The Salvation Army. She served churches in New York, Maine, New Jersey, Ohio, and South Carolina, held adjunct positions at the seminary in NY, and was a regular contributor to their national and international religious publications.
While serving at Ground Zero in the aftermath of 9/11, she encountered a homeless man desperately searching for his missing friend who had been caught in the collapse of the towers. This encounter fundamentally changed Chris’s life trajectory. Realizing that there must have been dozens of homeless folks at the towers when they fell, she grieved that their lives weren’t ‘important’ enough to appear in any body counts, or on any memorials. Because of this realization, she  has dedicated herself to advocating for those without homes, those on the edge of homelessness, and those facing extreme poverty in our nation. Since leaving full time ministry, she has worked in Housing Systems Change, currently serving as the Connect to Home Regional Manager for the 11 counties in PA’s Central Valley.
She is proudly Queer [lesbian and poly], and shares her life with her big, wild “flower vase” of a family, including her partner, her partner’s boyfriend, her sister-in-law and seven daughters, and one amazing son-in-law. Oh, and two dogs, half a dozen aquariums, a hamster named Terri, and more houseplants than she can successfully keep alive. She believes in Fat Liberation, that being Kind is not the same as being Nice, that flexibility is the key to sanity, and that as our former minister used to remind us each week – we need each other more than we know.
Chris came to Unitarian Universalism in 2015 at the urging of a dear friend, Geneva, and finally understood that she’d been a UU in thought and theology her entire life, but just hadn’t recognized what to call it. She is proud to call UUCV home, and is honored and humbled to have a chance to serve her church family as a Congregational Minister.

Reach out to our Ministers at Minister@uucv.net