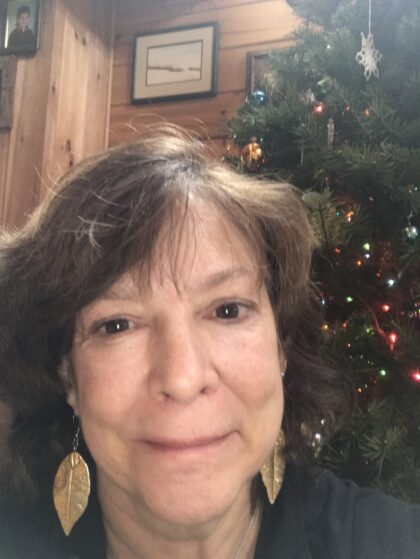 Dianne Dusman, a retired lawyer, has spent 30 of her 40 years in law zealously representing utility consumers with the Attorney General’s Office in Harrisburg.  She is a graduate of the Washington College of Law in DC (1980, JD) and of Temple University (2009, LLM).  She retired from state service in December 2019.
Dianne first learned of Unitarian-Universalism in Washington. She attended the Cedar Lane UU Church in Bethesda for a few years.  During her first UU service, she realized that she had always been a UU, but didn’t know her condition by that name.  After moving to PA, she attended the Unitarian Church of Harrisburg for 25 years, then in 2013 joined UUCV.
Since the 1990s, she has been an enthusiastic “Our Whole Lives” (OWL) teacher for kids aged six to sixteen and has participated in Adult OWL at UUCV. Since joining UUCV, she has participated in the Mozambique Bursary Project steering committee (part of the Social Justice Committee), which she now co-chairs with Deb Genet. A new member of the UUCV Board as of 2020, she looks forward to learning more about the church and its members. She is currently serving as clerk for the Board.
Her favorite pastimes are traveling, bicycling, Scrabble, cooking, Pilates and reading.