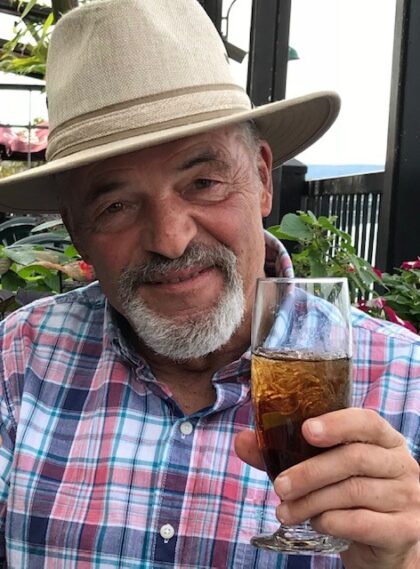 Dennis A. Stone “Denny” was raised in Mechanicsburg, PA. An avid lover of nature from as early as six years old, he could be found fishing nearby creeks and collecting specimens. He still goes out of his way to save any creature in peril of cars or lawnmowers. He learned how to fix anything mechanical and work wonders with wood from his beloved father.

Dennis served six years in the Army Reserves as a radio and wire specialist in Communications. He retired from Federal employment in 1999 to start his own contracting business. Besides his mechanical acumen, Denny has a passion for cycling. In 2005, he rode 1,900 miles alone from Eugene, Oregon, to Pueblo, Colorado. He also enjoys tinkering with his vintage Miata in preparation for annual autocross racing.

He enjoys camping, hiking, biking on railtrails, and kayaking with his wife, Kim. They each have an adult child living in the North West. It only took a few visits to UUCV to know they had found a spiritual home, and decided to join the congregation in 2015.