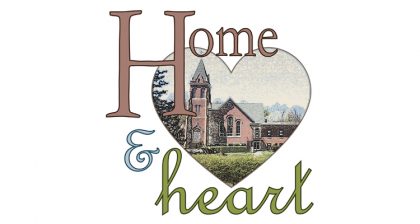 As UUCV’s Capital Campaign moves forward, many of us will ponder the issue of financial options and possibilities.

Experience from other UU churches suggests more people are capable of making major gifts than, at first, anyone thinks is possible.  The key is to stretch our thinking.  And to keep in mind the 3-year payment time frame and that this campaign is a unique, one-time opportunity while other optional spending can be pursued at any time.

Some will give from current income, and others will draw on savings or assets.  Still others will discover a creative strategy for their household.

Stories from UUs in other churches may spark our own thinking in the months ahead:

Car or Loan Payments – Sally was scheduled to complete a loan payment in the first year of the capital campaign.  She opted to simply roll over that expense, which was already in her budget, to the capital campaign for 3 years. Similarly, Jim was about to purchase a new car and had made room to do so in his budget, and he decided to defer the new car to put those resources to work in the capital campaign.     *If you’re paying a car loan of $400/month, that’s $4,800 per year or $14,400 for the campaign.

Shifting Funds from Estate Plans – Norm and Sarah had included their church in their estate plans.   When the capital campaign needs were explained they were most anxious to give support, but had little available income for doing so.  Instead, they decided why not see some of that money put to concrete use now (pun intended) to give a significant boost to the capital campaign, rather than letting the opportunity pass by.

Remodeling – Sue and Jim had saved monthly for the past five years to remodel their kitchen. Like other working couples they had limited assets and felt tapped out when the capital campaign was getting underway.  Then it occurred to them, why not defer the kitchen project, give the saved amount to the capital campaign and start saving again for the kitchen.  They realized they could do the kitchen any time, but could contribute to this campaign only now.

Advance on Inheritance – A young couple surprised the visiting steward by making a $25,000 gift to the capital campaign.  They told the steward that at first they were unhappy with how little they could contribute having few assets, bills and already givers to the annual fund.  When they learned they could name a gift in memory or honor of someone, they really wanted to do that for one of their moms, who had died suddenly the year before.  So they approached the surviving dad and suggested taking an advance on their inheritance – a request joyfully answered in the affirmative.  There were no dry eyes during this part of the stewardship conversation.

Eliminate a Discretionary Expense – Caryn decided to discontinue her cable TV service for the three years of the campaign.  She felt with access to programming via her computer, this was something she could do without.  The saved sum was added to her already planned campaign pledge.

Part-time Work – A man in his early-70’s was a longtime leader in his congregation.  He and his wife didn’t have much money.  They felt embarrassed indicating that their gift could only be $3,500. For weeks he was troubled about this until he had an idea.  He decided to look for a small part-time job he might enjoy, and became a school crossing guard.  As a result, the couple were able to double their gift to $7,000.

Sabbatical from other Giving – Jack estimated he could give $5,000 to the campaign. He was excited to share with his steward they had a way to give more. They sent letters to their other charities stating they were taking a 3-year sabbatical from giving, so they could support their church.  The extra $1,000 a year was added to their campaign gift.